On the 11 September, 2013, at 7:24 pm, just at dusk, the Bristol Military Biplane Boxkite replica VH-XKT flew for the first time. 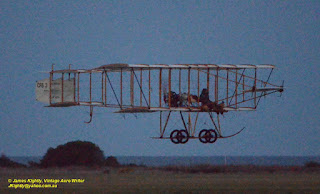 Built by Project 2014, Group Captain Ron Gretton, AM, OAM, and Wing Commander Geoff Matthews, OAM, both RAAF Retired, for the RAAF Museum, this proved the aircraft worked, and it was to go on to be flown on both days of the 2014 Centenary of Military Aviation Airshow at RAAF Point Cook on the 1st and 2nd of March 2014.

Sadly the aircraft is currently grounded, but it did what it was designed to do. 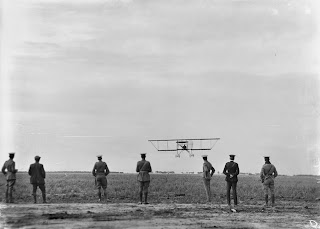 An RAAF Museum Archives image of one of the original Australian Army Boxkites at RAAF Point Cook, circa 1914-15.
Posted by Vintage Aero Writer at 9:25 PM