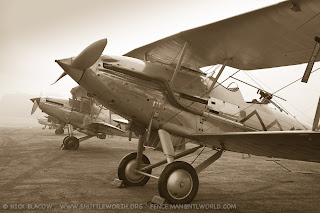 From my good friend Nick Blacow comes these amusing Hakus and some rather nice images.  Pop over here for a look.

Nick's Blog.
Posted by Vintage Aero Writer at 12:36 PM No comments: Links to this post

One of the most interesting 'might have beens' in aviation history is the Bugatti 100.  It is a real aircraft, but the original was never completed and never flew when designed in the late 1930s.  The remains were eventually acquired by the EAA and the restored aircraft is on show at the EAA Museum, Wisconsin, USA. 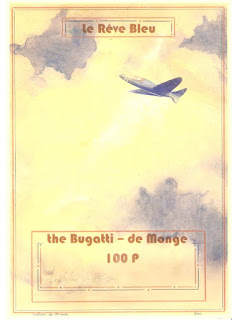 However there is a project to build a flying replica, to see what it could do...  They have a Facebook page here, their original project page here.  They also put up the above image, by Isabelle de Monge recently, and it was brought to my attention by the peerless XPLANES photo stream.
Posted by Vintage Aero Writer at 12:20 PM 2 comments: Links to this post

As is often the case, I am offered or find more material than I can use in an Aircrew feature for Aeroplane magazine.