My contact in Portugal, Ricardo Reis, directed my attention to this excellent poster website, part of the Nanyang Technological University of Singapore.  A big thanks to Ricardo.

The website has an extensive selection of posters of all kinds from all over the world, including many familiar ones, and many other less well-known ones - very easy to lose yourself for hours looking through it! 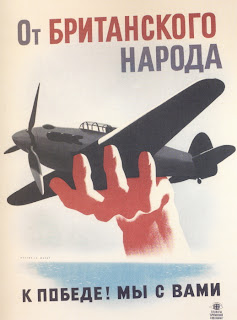 Let us take just two examples - British posters for a foreign market.  First is an unusual British W.W.II poster to tell the Russian allies where some of their war materiel was coming from.  This is an approximate Hawker Hurricane.  The headline reads "From the British People" and it is by Reginald Mount, dated 1941. [Cat No. P0504]


The National Archives in the UK have an exhibition featuring Reginald Mount's work (here) which includes the artwork (without the text) for the above image here. [Cat No. INF 3/328]  The TNA notes read:

"This image was ‘No. 5' in a series of posters (the others included a tank, lorry and parcels), designed possibly for British factories, but more likely for export to the Soviet Union, as the finished design is accompanied by Russian text

In 1942 Lord Beaverbrook had returned with a collection of original Soviet posters, which were published, with English translations, in British factories and the British looked to provide posters in return.

The hand represents the British merchant navy carrying war supplies to ‘Russia', in this instance a Hawker Hurricane. The Hawker Hurricane equipped numerous Soviet squadrons at a time when industrial production was dislocated by the German onslaught."

Mount undertook a good deal of artwork for many years, including the poster for the great film The Ladykillers. 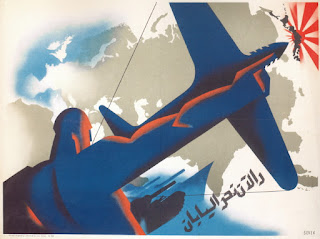 This second poster is even more unusual, and somewhat enigmatic.  It's printed in Britain ('Nott'm' - Nottingham in fact) and is clear enough in its aim, as the catalogue notes state it reads 'On to Japan!', written in Arabic.

It's a great graphic design, by an artist signing himself 'Sevek', and the aircraft, cleverly composed into an arrow with the engine's exhaust stubs acting as the barbs behind the spinner/point could also be a Hurricane, almost.  There are other versions with English text, such as here.  Sevek had been a pre-war student at the Art Academy of Vienna, he then worked with the Austrian branch of Metro Goldwin Meyer (MGM) and, as here, later, propaganda posters for the British.  [Source.]

Going beyond the obvious answers, who was this Arabic language version for, and why?  I wonder if it would have meant much in it's presumably middle-eastern audience? [1945 P0495]

We will be returning to this resource.  A search on 'Aircraft' or 'War' came up with a wonderful array of posters along those themes.
Posted by Vintage Aero Writer at 5:25 PM 4 comments: Links to this post 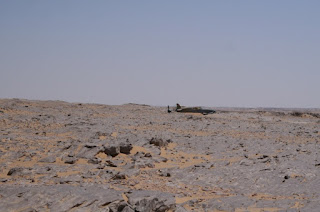 On this Polish forum* a set of photos were recently posted, apparently of a previously unknown Curtiss Kittyhawk Mk.Ia. 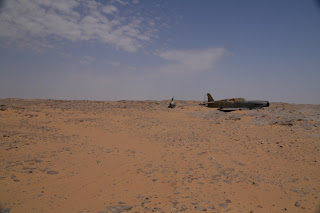 It was apparently found by the poster's friend who works in oil and gas exploration.  No date or location have been given, although the aircraft is certainly somewhere in North Africa. 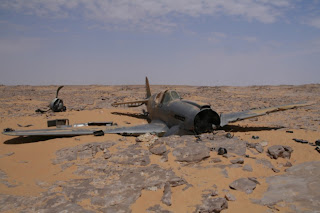 There has been a great deal of speculation about the aircraft and images, including a fair amount of (reasonable) caution and some scepticism in case they are a hoax. 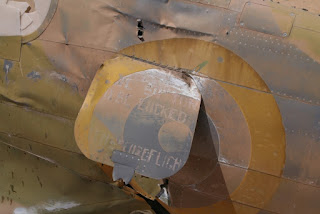 However these two images are (in my opinion) certainly of the real thing.  Several people familiar with the P-40 family have not found anything that seems suspicious in them. 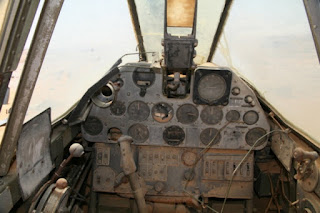 The close up images are definitely of a British Commonwealth Kittyhawk, and, crucially, not of a known survivor.  It will be interesting to see what happens next.  [UPDATE:  More info here.]

Just paying around with the stitch app on the iPhone. RAAF Museum Supermarine Walrus HD874.
Posted by Vintage Aero Writer at 9:53 PM No comments: Links to this post