Boxkite back at Point Cook!

I've been away for a while, but, at last, I'm back at the blog.  One of the main things I've been concentrating on is supporting help for the completion of the RAAF Museum's Bristol Military Biplane (Boxkite to most!) by Project 2014 for the Museum. The replica has taken a huge amount of work by various generous and remarkable people, led by the redoubtable Group Captain Ron Gretton RAAF (Retired) and Wing Commander Geoff Matthews RAAF (Retired) project manager and designer respectively.

Exciting times lie ahead; the replica was built to fly on the 1 March 2014 at RAAF Point Cook, Victoria, Australia on the 100th anniversary of the first flight of an Australian military aircraft, at Point Cook. The RAAF also noticed this anniversary, so they're going to be the annual main RAAF Airshow at RAAF Point Cook - the Centenary of Military Aviation, or 'CMA14' on the 1 & 2 March 2014. It's going to be a big show for Australasia, with, promised, a full array of the current RAAF grey pointy things(TM) and a magnificent array of vintage machinery, much of it in action. 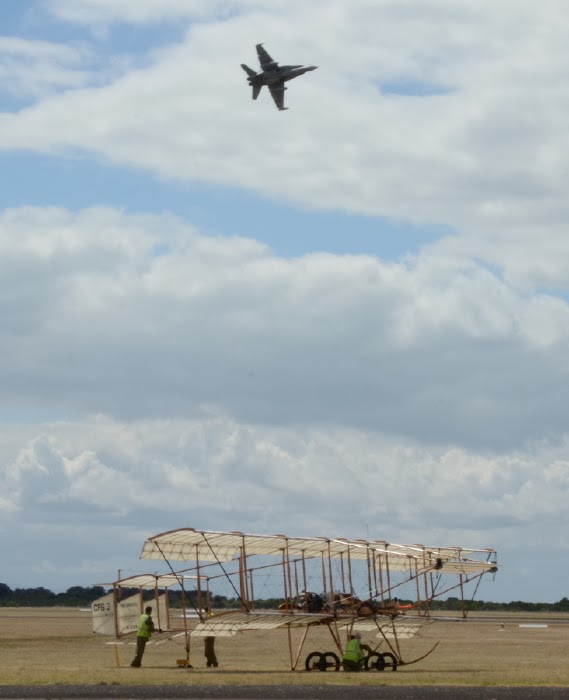 For the first time since about 1917, there will be replica examples of all three of Australia's first military aircraft on show; the Boxkite, a Deperdussen and a B.E.2a. The BE and Dep are static exact replicas built by remarkably dedicated chaps, while the Boxkite is a flyer, and, fingers crossed, weather dependent etc, etc, we hope it will be flown on the day.
Posted by Vintage Aero Writer at 10:20 PM No comments: Links to this post 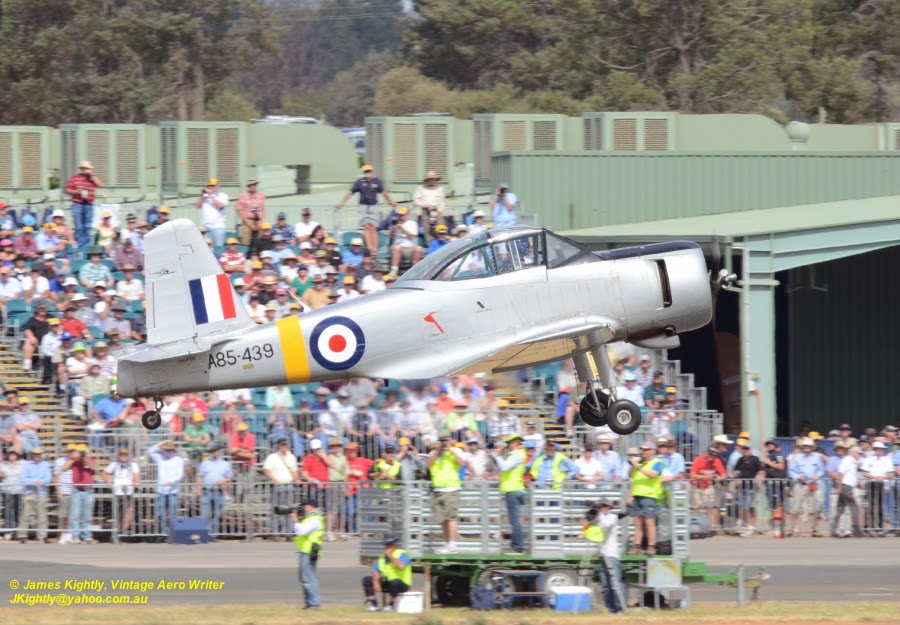 The RAAF Museum's CAC Winjeel heading back to Point Cook from the Temora Warbirds Downunder airshow last November.
Posted by Vintage Aero Writer at 9:10 PM No comments: Links to this post