Much is written about colours, markings, schemes and stencils of aircraft through history, but there are very few photos of people actually creating the colours (or painting the aircraft).

Here's one, thanks to a very interesting W.W.II British Commonwealth colour Flickr stream, well worth a further browse.  At a guess, it's a Short Sunderland getting some new paint.  Of course the picture raises more questions than it answers, as is often the case for posed press shots like this.
Posted by Vintage Aero Writer at 6:08 PM No comments: Links to this post

It's rare I come across a flying boat* I've never heard of before, being somewhat a fan of the species.  But scrolling through a Flickr account, I encountered this remarkable looker for, I think, the first time.  At a guess it may not have become famous due to being underpowered, or possibly having some unpleasant water characteristics - but I could be quite wrong!  Any Fairchild FB-3 fans out there? 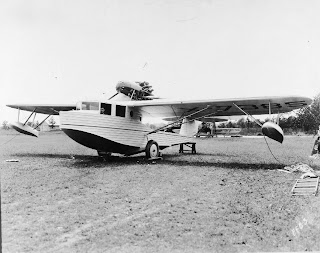 Fairchild's first flying boat (there doesn't seem to be an FB-1 or 2). Only one built, 1929. Four place all metal monoplane powered by one pusher Pratt & Whitney R-1340 Wasp, then only producing 410hp. Wings and tail were fabric covered metal structures, hull was aluminum clad. Span 52', length 41 feet, top speed 130mph.


Credit to 'Batman 60' at his Flickr account here.  Check it out, lots of neat stuff. More on the FB-3 here, and links to more photos.

* Strictly speaking it's an amphibian.
Posted by Vintage Aero Writer at 6:19 PM No comments: Links to this post 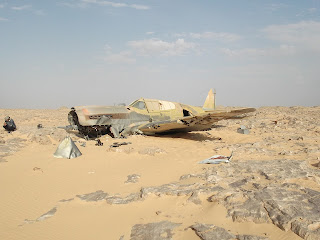 Since my last post here on the topic, further images by Jakub Perka have been released (the full set are here) and two videos plus a later one.  It is now reported that it is near the Farafra Oasis in the Al-Wadi Al Jadid in Egypt.


The first video, above, the second and a third, going by subsequent damage, here.

There has been a great deal of speculation on the identity of the aircraft, which seems likely to have been narrowed down to one possible example, but I'll wait for official confirmation before agreeing with the summations offered so far.

There is a long thread on WIX here, which develops as further information comes into the public domain, and other threads on other forums as well, as well as a post on the Vintage Wings blog here. 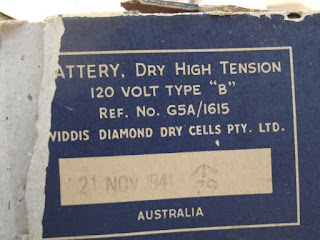 Sadly, while it is clear that there is appropriate official interest, a certain amount of damage has been done to the wreck since discovery by people attempting to investigate it without the correct tools and there are some pieces visible in the first images that have disapeared in later ones.

I hope to report in due course that the aircraft has been recovered and will be properly conserved and put on display at an appropriate location.  But there's a long way to go and it is not out of the woods (or rather desert) yet.
Posted by Vintage Aero Writer at 6:16 PM No comments: Links to this post

It is always good to welcome another new resource.  John Voss has launched his website covering the known Flight Training Codes for USAAF units in the USA. (The website.)  There does not seem to have been any reliable documentation of what units bore which numbers, but John has undertaken the tedious task of trying to compile know and found information into one place. 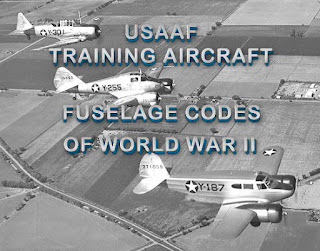 Not as exciting as some other data, perhaps, but it will provide another jigsaw piece to track back what Grandfather did during the war, I'm sure.  Any thoughts, data and feedback to John. 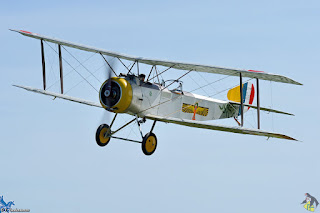 It is great to hear that the remarkable French Memorial Flight association have flown their rare Sopwith 1&1/2 Strutter.  It's a magnificent restoration (though nothing less is expected from these craftsmen) and bears what is one of the most eye-catching schemes from any era of aviation. 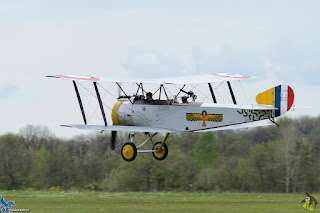 Another neat thing is the Strutter is one of the first (probably the first) aircraft fitted with a dedicated 'airbrake' system.  A video (here) on the Flight's website shows (on the ground) how it worked. 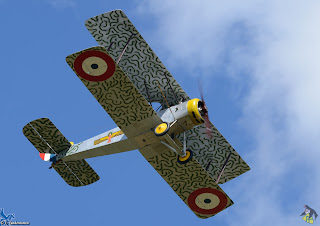 [Photos from the Memorial Flight's news blog here, reproduced with acknowledgement.  Details of the Flight here and the Strutter here.]
Posted by Vintage Aero Writer at 10:04 PM No comments: Links to this post