The Hungarian-American in a French aeroplane in Australia

His name was Harry Houdini. The French aeroplane was a Voisin biplane, and the flight was the first in Australia, in a remote spot in rural Victoria called Digger's Rest, exactly 100 years ago today, the 18th March 1910 - Well, it was the first officially recognised, powered, controlled, heavier than air flight, which is what most people mean when they say 'first'. Of course it wouldn't be Australian if there wasn't some dispute about the claim. And we must recognise the pioneers who had gone before, such as Hargrave. 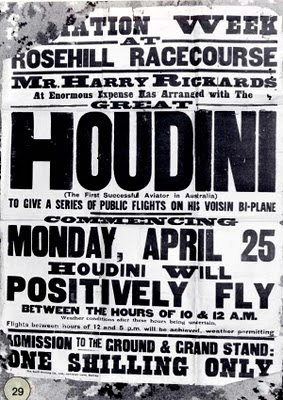 In typical Aussie fashion, having been beaten to the post by a Hungarian-American, flying a French aircraft, John Duigan got the finger out and flew his Australian designed and built aircraft from a place called Mia Mia, ironically not far from Houdini's spot. Thankfully these were both in Victoria. 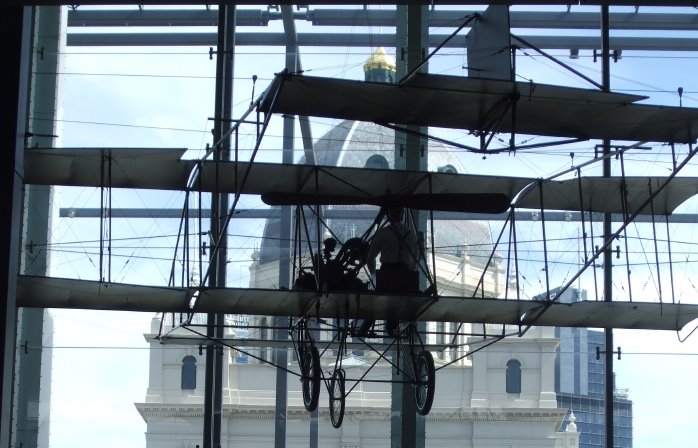 A replica of Duigan's aircraft is suspended in the entrance to the Melbourne museum, and they have the real thing in store. I hope to see it someday. This photo shows the skeletal framework of the aircraft against the skeletal framework of the museum. My fellow-blogger Brett Holman has provide a much more detailed post on the story here.
Posted by Vintage Aero Writer at 12:04 PM No comments: Links to this post

617 Squadron back in the news 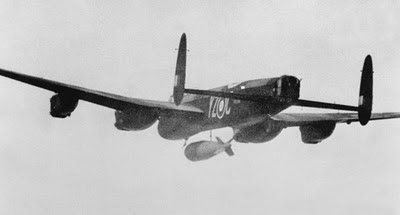 On this day in 1945 – 617 Squadron, RAF first used the Grand Slam: a 22,000 lb (9.98 t) earth quake bomb, on a strategic railroad viaduct in Bielefeld, Germany. The aircraft was commanded by by Squadron Leader C.C. Calder. More details here.

Film of the bomb in action:

Air Marshal Arthur 'Bomber' Harris proposed using the Lancasters of 617 Squadron to fly over Rome at "roof-top level" and drop bombs on Il Duce's headquarters and residence in an attempt to kill or maim him, documents in the National Archives at Kew disclose.

The operation, conceived in early July 1943, had the approval of Anthony Eden, the Foreign Secretary.

In a memorandum to the Prime Minister, Winston Churchill, dated 13 July 1943, Eden wrote: "Harris has asked permission to try to bomb Mussolini in his office in Rome and to bomb his residence simultaneously in case the Duce is late that morning.

Eden reported that Mussolini's headquarters, the magnificent Palazzo Venezia in central Rome, and his private residence, Villa Torlonia, were both "unmistakeable" and could easily be identified by British bombers.

Importantly, neither was within 1,500 yards of the Vatican, which the Allies had promised not to damage.

"I suggest that if Mussolini were killed or even badly shaken, at the present time this might greatly increase our chance of knocking Italy out (of the war) at an early date. And I therefore ask your permission to lay the operation on," Eden wrote.

But within two weeks, Mussolini was ousted by the Grand Council of Fascism and replaced by a caretaker government led by King Vittorio Emmanuele III, who negotiated a surrender to the Allies.

Mussolini fled to northern Italy to lead a fascist republic. In April 1945, with total defeat looming, he tried to escape to Switzerland but was captured and summarily executed by Italian partisans near Lake Como.

Christopher Duggan, a historian at the University of Reading and Mussolini biographer, said there were probably other good reasons for not authorising the bombing raid. He said: "It may have been logistically difficult for the bombers to come in low enough to carry out a really good strike. The RAF may have decided that the air defences around Rome were too good.

"And if they had just wounded Mussolini it may have rallied the Italian population around him. There was still a lot of sympathy for Mussolini at this time, so there was the danger that the plan could backfire."

All that and dams too.

PS: Note that the Daily Telegraph uses a still from the Dam Busters film - credited as just 'The Dam Busters'.
Posted by Vintage Aero Writer at 1:25 PM No comments: Links to this post

Blast from the Past - E.E. Lightning 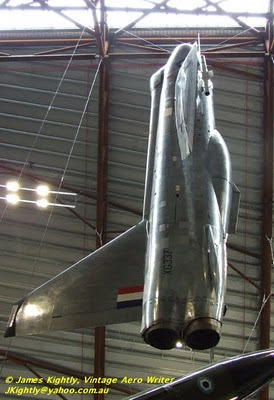 There's nothing quite like it. In collecting stories for Aeroplane's April issue Aircrew feature (on the news stands now) I discovered the many pilot anecdotes were known as WIWOLs (for 'when I was on Lightnings'). 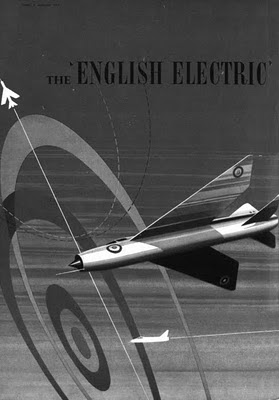 As well as revisiting the incredible famous photo of George Aird's accident (an accident photo with thankfully a happy outcome, and featured in Aircrew) there were a range of great bits of video and a sound recording, which I can present here.

On Chris Taylor's blog, is this excellent remix of film set to contemporary (ish) sound:


It's actually at least in part using some of the same film from a real RAF recruitment film, which had a soundtrack I still can't quite believe is genuine. Streaked Lightning: 'Join the RAF, it's cool and beatnick, with neato gear, chaps.' The film is on the National Archives site in the UK, so pop over for a look here. 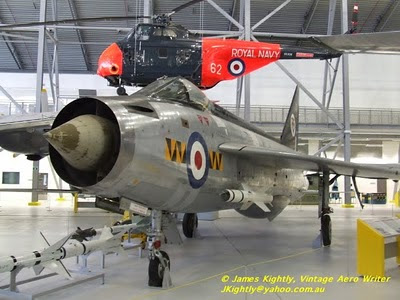 This photo is of the Imperial War Museum, Duxford's Lightning. This is an aircraft with an incredible story attached to it, that of engineering officer Wing Commander 'Taffy' Holden's inadvertent flight. You can hear his story in his own words here, thanks to YouTube. 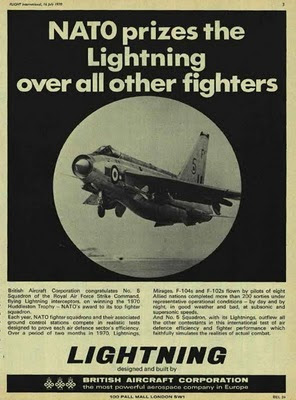 The heading photo is of the dramatically displayed RAF Museum Cosford's example, in the new Cold War gallery there. It's a display that's not to everyone's taste, and definitely there are major flaws with aspects of the curatorial and architectural decisions taken, but it's an impressive and appropriate way to display an aircraft famed for 'Going up!'... The two advertisements are from the ever useful and endlessly fascinating Flight Global archive.

There's more (of course) in the Aircrew feature, excellently illustrated as ever by Ian Bott.

Nothing quite like it, or the men who flew them.
Posted by Vintage Aero Writer at 9:58 PM 2 comments: Links to this post 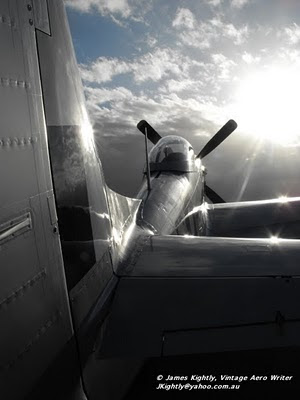 This is the kind of photo I like, but won't get published, given the preferences of most aviation magazines. So here we are!
Posted by Vintage Aero Writer at 6:27 PM 1 comment: Links to this post