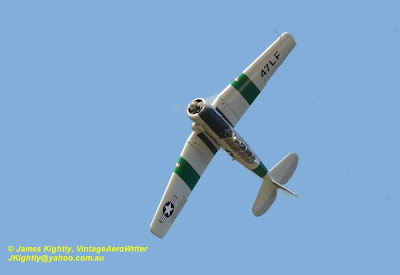 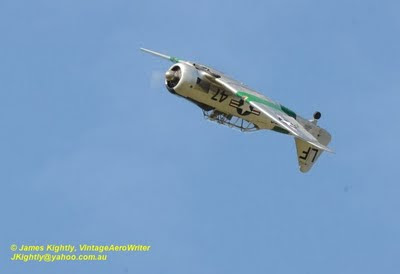 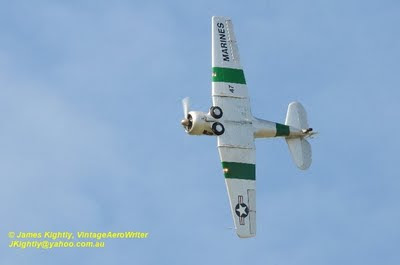 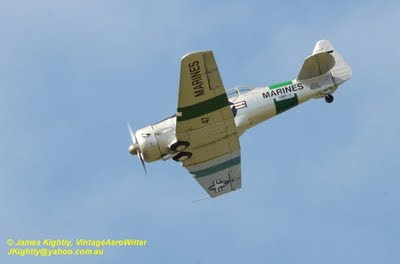 A practice with the repaired long lens at Thursday's RAAF Museum's Interactive with Mike Falls in Shortstop's SNJ.
Posted by Vintage Aero Writer at 11:04 PM 2 comments: Links to this post 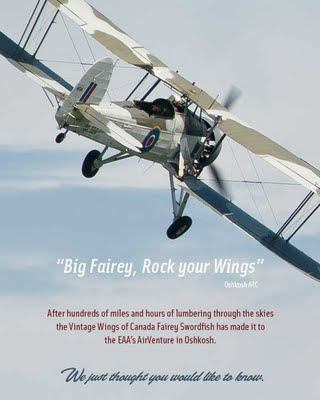 First Fairey Swordfish to the EAA's Airventure. Well done the Canadians.
Posted by Vintage Aero Writer at 12:39 PM No comments: Links to this post

Hit by the shovel... 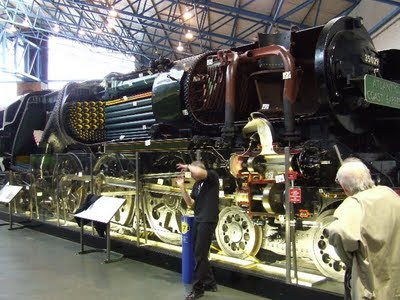 A National Railway Museum's Explainer runs through how a steam engine works. Good, but no steam. [James]

It is a core part of what's known as 'intangible heritage' and a fine example of it seemed to leap off the page and hit me like the implement in question. 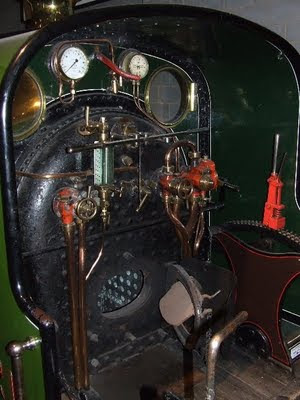 We are on the footplate of a locomotive in a railway museum:

"It felt strange after so many years to stand where he had stood as a young fireman (and later driver), and he needed a moment to gather his thoughts.

...he picks up the fireman’s shovel and laughs. 'No man could wheel this for six hours.' The shovel is wrong, too heavy. 'These engines were veracious monsters, with an endless need for coal. It was like feeding the fires of hell trying to keep them fed.'

He explained the drivers chose their fireman and then you worked as a team, even taking turns firing: it was the only way the beast could be fed. You carried an extra shovel – your hands were so wet with sweat, the shovel could fly out of your hands into the firebox. It was back-breaking, gut-wrenching work."

The Fireman's shovel was an essential and - in a very precise sense - specialised tool, easily overlooked or misread by those, later who were not users. To a real Fireman of the day, one of the elite in the field, the weight (and probably, balance and feel) was crucial, and a spare potentially vital. But unless the company specified the 'right' shovel and a spare, that information, that user's insight, could well never get documented.

It is all too easy to see a locomotive curator laying in a suitable shovel for display, or a rough and ready, but hardly vitally weighted and backed-up example, for an occasional outing in steam. Thanks to Russell Holowood's blog from the National Railway Museum in the UK, we now have this little tale and a great case study both documented, recorded and in the public domain.

It is a small part of the complex system that is steam railway, yet the lack of a spare would be a classic horseshoe nail. There's a lesson in understanding, a terrific anecdote for making the crews' lives real for the museum's visitors and something intangible - around the shovel - so easily lost. 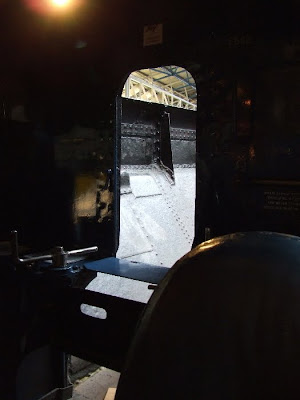 Mallard's tender. No coal, no water, no intangible heritage? [James]

Museums and academia are littered with false but authoritatively-presented assumptions by non-users of the real user's capabilities. The academic dismissal of claims for the achievements of Ancient Greek trireme crews based on calculation were sunk by the construction of a full size replica trireme Olympias, which with faults and all proved that with this example of experimental archaeology, the Greek writers' and historians' claims were perfectly feasible in practice.

I wonder what the aeronautical equivalents are?

[Thanks to the museum curator 'B1' who introduced me to the concept of intangible heritage via his studies; and to Rob Langham who pointed me at the blog via his own by recommendation.]
Posted by Vintage Aero Writer at 10:05 PM 2 comments: Links to this post