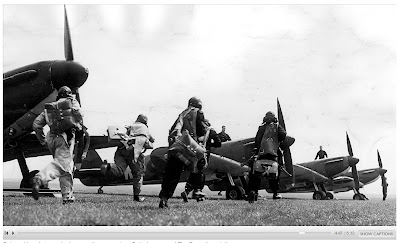 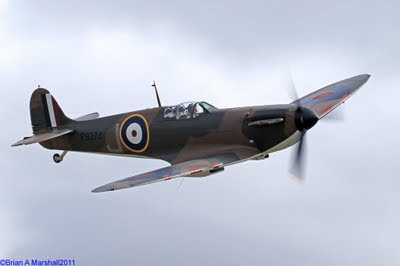 Undoubtedly one of the most exciting aircraft restorations is the rebuild of Spitfire I P9374, the earliest configured Spitfire now flying. A great deal of interest has been shown on the early test flights (as yet, no public flying display) and it is clearly a symptom of the health and desire for authenticity that this rare Spitfire has been restored to as original condition as is possible; including awkward systems like the early 'wobble' handle for the undercarriage, as well as the ultra-rare 'bracket' type de Havilland airscrew. 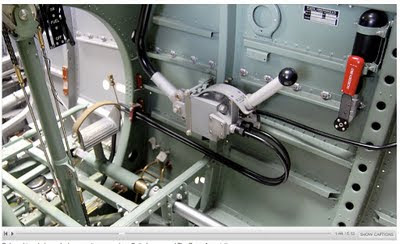 As well as the 'chassis' pump on the right-hand wall (centre of the image) the single strap rudder pedals can be seen on the left, with the 'Supermarine' stamp. [BBC] 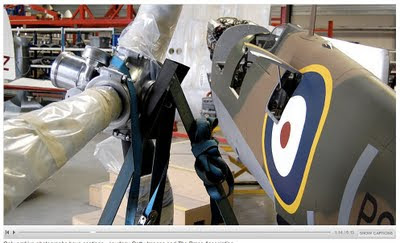 John Romain of Historic Flying Ltd, the restorers of this machine, referred to this aircraft in a BBC News audio slideshow programme (where many of these images come from) here in August 2010: 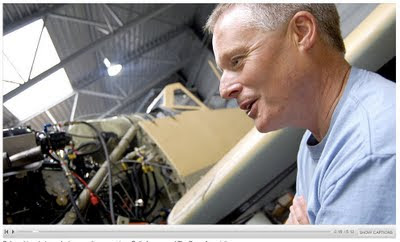 John Romain explaining the process in front of a Hispano Buchon. [BBC]

This BBC broadcast is a good quick insight into some of the detail of restoration. A recommended listen.

And as a guide to the level restorations are at in terms of recovery of very degraded airframes and simultaneous recognition of the achievement in accurate reconstruction, this Spitfire also sets an important benchmark.

As well as of warbird 'benchmark' interest, we must congratulate to John and the team, and not least the owner for funding such a remarkable project.

Here's a sequence of images of the aircraft 'beached' (via Spitfire expert Peter Arnold, and Andy Saunders - who is working on a book about the aircraft with Grub Street. Details of the book here):

Circa 1940, with two German soldiers in their travel postcard. [via Peter Arnold] 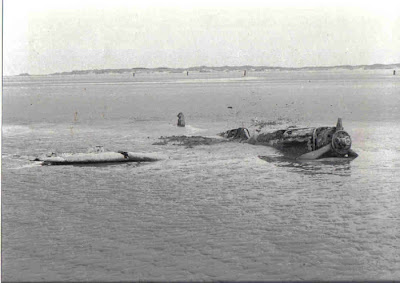 Sinking into the Calais sand. [Via Andy Saunders.] 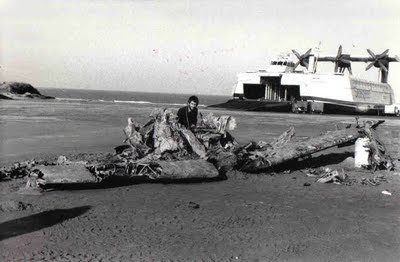 Some of the remains after being disinterred. [Via Andy Saunders.]

Meanwhile, here's a couple of stunning images of this machine in action over Duxford, from Brian's blog here (thanks Brian!). 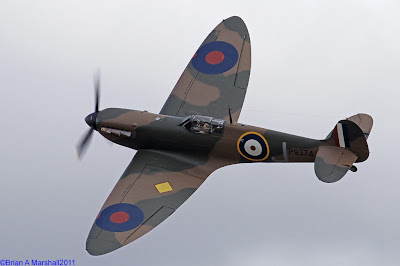 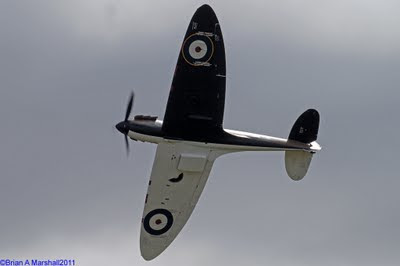 PS: Long discussions on the aircraft here on Key and here on WIX.

PPS: For a pilot's eye view, see the follow up post here.
Posted by Vintage Aero Writer at 4:21 PM